Swayambhunath (The Monkey Temple) - is an ancient religious architecture which is located at a top of a hill of Kathmandu Valley. The hill is located at the west of Kathmandu city serving as a major attraction for the tourist and mainly for the people following Buddhism. There are two ways to access to the temple: a long staircase which leads directly to the the main platform of the temple, and a car road around the hill from the south leading to the south-west entrance. There are various observations after reaching to the top. The first attraction after reaching to the top of the staircase is a Vajra. Behind the Vajra there a huge white colored stupa with Eye and Eyebrow of the Lord Buddha and between them there is a painting of number one in Devanagari script which represents the nose of the Stupa. At the first glimpse of the stupa we can observe the eyes of the stupa which has been peacefully looking around the valley. Beside the Stupa  there are major attraction which has been providing a peaceful environment for the visitors. The major attraction of the area are:

At the top of the hill visitors can find various Cafe and Restaurant for a certain rest and break. We can also find various benches all around the temple for relaxing with enjoying the valley view. Swayambhunath Temple provides a peaceful environment which help the people to relax their mind by being free from their Busy timetable. Although the temple is regarded as the holy place for the people following Buddhism, it has been also regarded as a holy place of Hindus. There are  temples where the people following Hindu religion can worship.

Swayambhunath is regarded as one of the most oldest temples of the valley. It is said that it was founded by the great grandfather of the King Mandeva. However, Emperor Ashoka  is said to have visited the site in the third century BCE and built a temple on the hill which was later destroyed. Later King Pratap Malla who was one of the most powerful King of Kathmandu Built the eastern stairway in the 17th Century. Later it was completely renovated on May 2010 AD with the renovation fund by the Tibetan Nyingma Meditation Center of California. It is said that the renovation had began in June 2008 and was finished later on May 2010.

Swayambhunath also known as the monkey temple provides settlement to many Holy monkeys at the North part of the Temple. The monkeys residing in the Temple are regarded as Holy monkeys because it is said that Manjushri the Bodhisattva of wisdom and learning  was raising the hill where the temples stand on. Manjushri was supposed to leave his hair short but he let his hair grew on which many head lice grew. It is believed that the head lice of the Manjushri had later transformed in the Monkeys residing in the Temple. 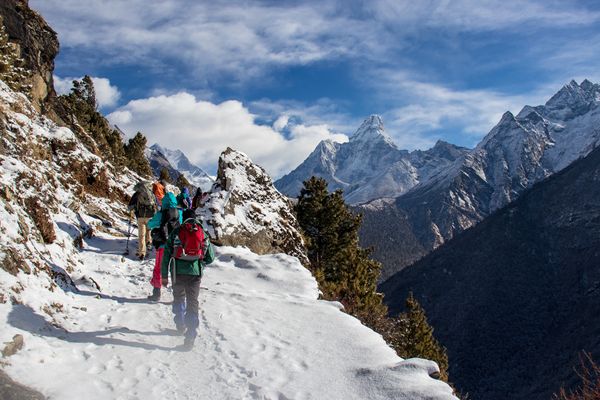 Nepal is a landlocked country which located in South Asia. It is mainly located on the Himalayas but also includes some parts of the Indo-Gangetic Plain. Nepal is the 48th 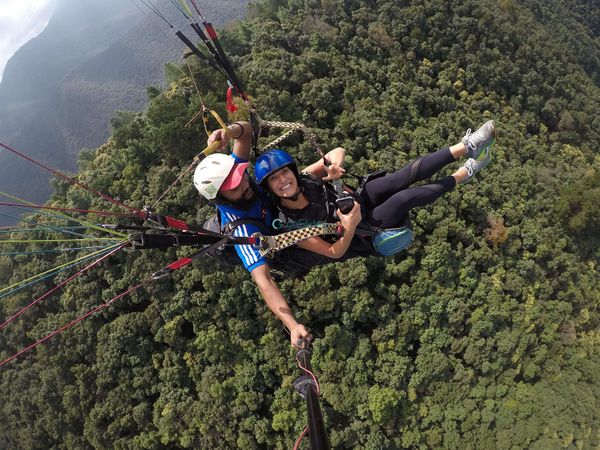 If you are willing for an exhilarating adventure in Kathmandu, book your flight with us, and then soar high to the sky with Kathmandu Paragliding