Corona viruses (CoV) are a large family of viruses that are common in humans and different species of animals like cattle, cats, camels, and bats. There have been rarely any such cases where the animal corona viruses can infect people such as MERS-CoV and SARS-CoV. The current spreading virus is named SARS-CoV2 and its causes have been identified as the “coronavirus disease 2019” also known as “COVID-19".

The virus was first reported from Wuhan, China on 31 December 2019 and since-then the outbreak has reached several countries having several casualties. China has a large link in the animal market and seafood market which was suggested as the animal-to-human spread. The virus gradually spread person-to-person which was reported in China, United States, Italy, South Korea, Iran, and a few other countries.

The effect of the COVID-19 ranges from a mild common cold to severe cases like Severe Acute Respiratory Syndrome (SARS-CoV) and Middle East Respiratory Syndrome(MERS-CoV). The coronavirus is zoonotic and can be transmitted between humans and animals. There are also several other coronaviruses that have been circulating among the animals and are yet to infect humans.

Coronavirus Impact on the Tourism Industry

In the case of the escalation of the virus, it has been estimated that the virus will pose a lasting impact on the tourism industry. The Far East Tourism sector might receive a heavy blow from the outbreak of the virus.

Currently, the entire continent of Asia is suffering from major trip cancellation, the major tourist attractions which used to be swarmed in by tourists have been severely affected and only a few tourists can be seen overcrowd used to be destinations. In addition to that, the cruises operating in China, Macau, Taiwan, and Hong Kong are pouring in with the cancellation fees.

Compared to the 2003 SARS outbreak and 2015 MERS outbreak, the Wuhan COVID-2019 is suspected to have a lasting and severe impact. It has been estimated that the repercussion of this virus outbreak will take a few years to fully recover the tourism industry. The Asian hoteliers and travel agents are preparing to face virus for months in the worst-case scenario a full year of disruption. On the long-term scenario, it has also been anticipated that on the long term impact if consumers lose confidence in the region.

Similarly, the outbreak has caused immediate cancellation of flights; thousands of flights have been canceled all over the world to control the spreading of the virus before it gets out of hand. In Italy alone, death of 11 was reported among the 322 known coronavirus cases. Other countries like Germany, UK, Spain and several other European states have also been victims of the virus outbreak. The epidemic has created fear of being infected and people starting to cancel their plans of visiting other countries even in Europe and across other continents. Even the busiest routes in the world have been disrupted causing the airlines significant loss. Within February 2020, 25000 flights were canceled from top airlines like Qantas, United Airlines and British Airways under government guidance for an undetermined period of time as a preventive measure.

The World Travel & Tourism Council (WTTC) has estimated that the tourism sector generates above 10% of the world’s GDP that is approximately $8.8 trillion. IATA has also estimated the loss of $29.3 billion due to the outbreak of the coronavirus. China, which  plays a very initial role in the development of the tourism industry across the world, has been in lock down since the virus outbreak. The country alone has managed to secure the top position for sending the most tourists all around the globe. In 2019, over 174 million people crossed the border of China; in countries like Cambodia, Malaysia, Vietnam, Singapore and Malaysia, the Chinese tourists are the backbones of the industry. So, the recent virus outbreak is estimated to give a heavy blow of billions of dollars loss to these countries.

Are You Planning A Foreign Trip??

If you have already pre-planned to spend your holiday overseas, make sure to be updated with the travel advisory in the country. Whether there is any kind of restriction on entry, quarantine before the entry or any kind of other conditions. You can check out the iata travel centre and be updated with the countries that have been affected including the safety precautionary health measures they are taking to control the outbreak. You can also check out the CDC list and find out if traveling to the country is restricted or not.

To be on the safe side, always follow standard hygiene measures with the people you are traveling with strictly and frequently wash alcohol-based hand sanitizer. Manage proper respiratory hygiene cover mouth and nose while sneezing or coughing.

In addition to those, in your travel make sure to carry disposable tissues, hand sanitizer, and disinfecting wipes to a precautionary measure and to practice a healthy hygiene routine. You can also take further steps like cleaning your seats, armrest, touchscreen with the disinfecting wipes in the modes of transportation that you are using to make yourself entirely protected.

Is Nepal Safe To Travel??

There has been only one case of coronavirus affected citizens in Nepal, however, later the person who tested positive for the virus got completely better. On 17th January a 32-year-old Nepali citizen who traveled back from Wuhan was suspected of having the coronavirus and was admitted to the country’s top hospital. He had complained of having respiratory issues and inflammation in his throat. His test sample was sent to Hong Kong for a test, however, by 16 Jan he didn’t have any fever and his condition gradually improved.

According to Nepal Tourism Board, the Ministry of Health & Population, Government of Nepal confirmed only one positive case in the country. On 23 January, the Ministry of Health and Population announced the case, they clarified that the test of throat swab and blood of the native citizen was sent to the WHO collaborating center in Hong Kong which came back positive. But, the patient made a full recovery and was discharged from the hospital after the last observation on the test result was done.

Besides that, there have been no such coronavirus cases in the country among the Nepali citizens as well as citizens of other countries according to the Ministry of Health and Population, Government of Nepal. Furthermore, as a precautionary step to prevent the coronavirus in Nepal, the government has decided to restrict the entry of tourists from five countries. The citizens of countries like China, South Korea, Italy, Iran, and Japan have been restricted to the visa-on-arrival process. The people from these countries will have to obtain their visas from the embassies of Nepal in their respective countries prior to their arrival. The Government of Nepal has decided to implement the restriction from 7 March onward to 31 March to the citizens of those five countries.

Also, the 175 students brought in Nepal on 14th February 2020 from Wuhan, China were sent to the quarantine unit with modern tech and monitoring facilities. However, after 16 days of observation in quarantine, all of them were released from the quarantine after testing negative for the virus on 3 March 2020.

Nepal, which was looking forward to the Visit Nepal year 2020 tourism campaign, decided to postpone the promotion due to the outbreak of the virus. In this critical situation, to minimize the spread of the virus before it gets out of hand, the government decided to take measurements regulating the inflow of tourists visiting the country from the severely infected areas. Under the notice of the WHO, the government of Nepal has also added a health check booth at TIA to scan the incoming people.

The security measures are being taken at all airports, hospitals, and borders under the supervision of the Ministry of Health and Population. Moreover, the Sukraraj Tropical and Infectious Disease Hospital (STIDH), Kathmandu is fully prepared to serve the public in any situation that may occur. Also, other hospitals under the Ministry have prepared a certain section as an isolated area and prepped in case of any such cases. Similarly, the Ministry of Health and Population, Ministry of Culture, Nepal Tourism Board and Tourism & Civil Aviation are working closely to combat the spread of the virus within all the tourist attractions of the country. The government is also staying sharp and vigilante to ensure the safety of everyone and raising awareness to keep the virus at the bay.

More Deadly Than Flu But Can Be Contained

The misleading information that is being spread in the media and social platforms are scaring and terrorizing people all around the world. According to UNICEF, the virus is transmitted with direct contact with the infected person via the respiratory droplets generated through coughing and sneezing or touching the surface that has been contaminated by the virus. The information about the virus being transmitted through air or eye contact is not true and misleading. Although the virus is deadly and can survive on different surfaces for several hours, a simple disinfectant can kill the virus.

On 3 March, director-general of WHO also confirmed that the only 3.4% of the confirmed COVID-19 cases have been severe in a news conference; the fatal rate of the season flue being less than 1%.

There have been very few cases where the COVID-19 has been reported of affecting children, the disease is reported of severe state among the older people with pre-existing health issues and not to those who have a strong immune system. So, if you will take the precautionary measures seriously, there is very less chance of you getting infected by the virus. 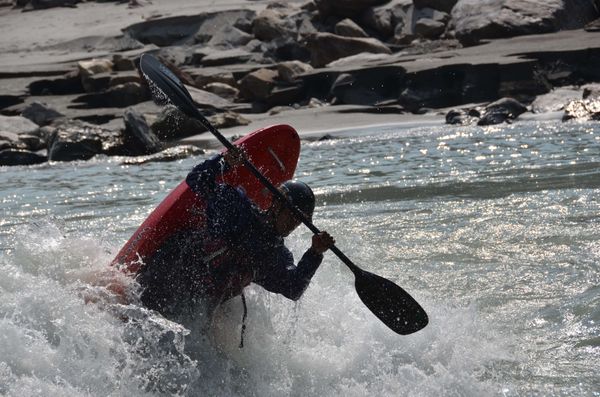 Kayaking is an adventure water sport where a small boat known as a kayak is used and double-bladed oars to paddle through the water surface. The boat driver faces forwards 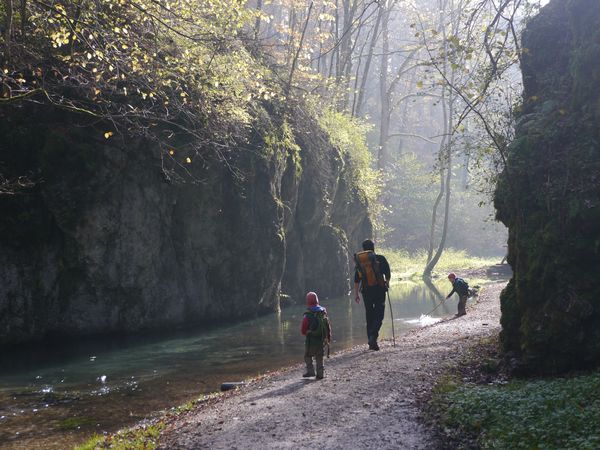 Hiking with children can be a superb experience and an inexpensive way for spending a quality time together as a family. It is one of the  great outdoors full of