Docker containers are, by default, quite secure; especially if you take care of running your processes inside the containers as non-privileged users (i.e. non root).”

When you run as root, you can access a broader range of kernel services. For instance, you can:

Main point here is that as root, you can exercise more kernel code; if there is a vulnerability in that code, you can trigger it as root, but not as a regular user. Additionally, if someone finds a way to break out of a container, regardless of who you were inside the container, you would break out as who the LXC process (docker no longer use LXC as default driver, checkout official blog, https://blog.docker.com/2014/03/docker-0-9-introducing-execution-drivers-and-libcontainer/)  itself is running as on the host OS.  From the official repo, the docker daemon binds to a Unix socket instead of a TCP port. By default that Unix socket is owned by the user root and other users can only access it using sudo. Saying that the docker daemon always runs as the root user. This means if you break out from container you are breaking out as root user.

Well of-course docker from the application perspective which is running inside docker, even if you run as a root, docker or essentially LXC containers (behind the scenes, docker uses lxc-start to execute the Docker container) trying to address this and other permission related concerns using Kernel Namespaces. Anyone familiar with chroot already has a basic idea of what Linux namespaces can do and how to use namespace generally.

Namespaces provide the first, and most straightforward, form of isolation. Because of Linux namespaces, it became possible to have multiple “nested” process trees. Each process tree can have an entirely isolated set of processes. This can ensure that processes belonging to one process tree cannot inspect or kill – in fact cannot even know of the existence of – processes in other sibling or parent process trees.

Linux namespaces allow other aspects of the operating system to be independently modified as well. This includes the process tree, networking interfaces, mount points, inter-process communication resources and more.

The waiting is over. Your favorite flying site in Godawari, Kathmandu Valley is back again. Flights are open from 08th-Jan-2018 Take-off: Chapakharka, Lalitpur 2100 m (above sea level) High Lights 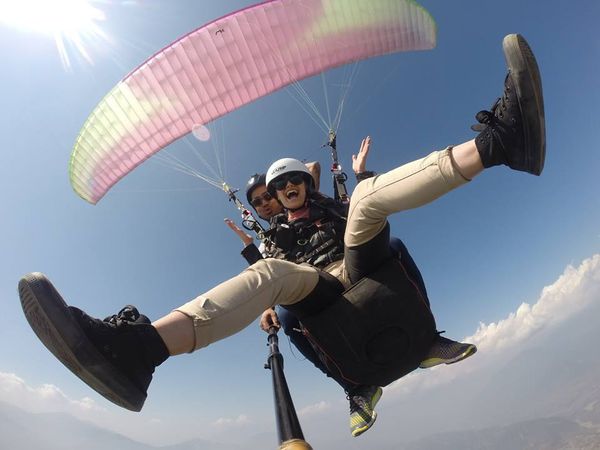 Some consider Paragliding an extreme sport that may open a whole universe of experiences that are amazing. A Paragliding flight may vary from trekking into a mountain top launch or