Nepal is a landlocked country which located in South Asia. It is mainly located on the Himalayas but also includes some parts of the Indo-Gangetic Plain. Nepal is the 48th largest country by population while it is the 93rd largest country by its area. It is bordered with China in the north, India in the South,East,West and Bangladesh at its Southeastern tip. Nepal has Diverse geography, Fertile plains, Subalpine forested hills, Eight of the world’s ten tallest mountain including the tallest one Mount Everest.

Nepal is divided into 3 geographical region:Himalayan, Hilly and Terai. It experiences 5 types of climates. They are:

Nepal experiences 5 types of season: Summer, Monsoon, Autumn, Winter and Spring. Nepal has been divided into 7 provinces,77 Districts, 753 Local Units, 6 metropolises, 11 Sub metropolises, 276 municipal councils and 460 Village councils. The people of Nepal are called as Nepali or Nepalese. Nepal is a multicultural, multiethnic country because it is a country which occupies small kingdoms such as Mustang, Videha(Mithila), Madhesh, Limbuwan. The main language of Nepal is Nepali. Except Nepali others language are also spoken here, Some of them are Maithili, Bhojpuri, Tharu, Tamang, Nepal Bhasa, Bajjika, Magar, Doteli, Urdu, Awadhi and Sunwar. Majority of the people of Nepal follow Hinduism,Other religion are also followed by the people like Buddhism, Christianity, Islam etc.

Many pilgrims, Temples, and cultural sites of Nepal are enlisted in the world heritage sites like :

People of Nepal celebrate different Festivals among them Dashain, Tihar, Holi, Shivaratri etc are the major ones.

Great Himalayan Trail is obviously a prime competitor for the world’s best trekking route.In fact, it is the longest trekking route in the world which is composed of 120 days long Itinerary and roughly 1700 km

As Nepal is a rapid growing country for the promotion of tourism it has been conducting programs in periods of time and Visit Nepal 2020 Campaign has been the major one.

Nepal is one of the most beautiful countries in the world because of its pristine natural beauty. Nepal has been giving a major importance for its History and has been conserving every things like the coins which were used 100’s of years ago, dress worn by the Kings of ancient Nepal and mainly the sculptures and idols of the ancient Nepal. Why wouldn’t anyone like to visit Nepal. In Nepal there is everything that is required for a pleasant trip. There are beautiful mountains, various conserved endangered animals, beautiful lakes, and dense forest. In Nepal tourist can observe various cultures and tradition of people. In Nepal there is a saying “aathiti devo bhawa” which means all the guest are equal to the Gods. And they also treat the guest as Gods. So to promote the tourism inside the country the tourism board announced the year 2020 as Visit Nepal Campaign. In this year the tourism of Nepal will be promoted by providing various hospitable services to the Guest, and provide them with new thrilling experiences rather than before.

The palace has the 17th century statue of Lord Hanuman and at the left of the entrance there is a fine sculpture of Lord Narshimha.The palace bears the historical reminisce of Royal family, culture and religion of Nepal. Museums inside the palace lets one explore the culture, religion, custom, tradition, architecture, history of Royal palaces etc.

4. Swayambhunath(Monkey Temple) : Swayambhunath Temple is located 3 km west of Kathmandu valley. People say that the Stupa of Swayambhunath was made with the contribution of King Manadeva in 460 BC.Again In 17th century King Pratap Malla enhanced the architecture and also added a stairway to get to the stupa. At present, the stupa is a solid hemisphere of brick and clay, supporting a lofty conical spire capped by a pinnacle of copper gilt and has Lord Buddha’s eyes adorned on all the four sides of the spire base.For the people following Buddhism it is regarded as the holiest place. Swayambhunath also offers a majestic view of the entire Kathmandu valley.

5. Pashupatinath : Pashupatinath  temple is regarded as the holiest place for the hindus. As the name Pashupatinath itself indicate it as a temple of Lord Shiva. The temple is located at 5 km East of Kathmandu valley at the bank of the Holy River Bagmati. It is built in Pagoda style. There are many temples inside and outside the courtyard. It is also very common to meet sadhus in Pashupatinath.Sadhus are wandering ascetic yogis, who are trying to acquire liberation from the cycle of death and rebirth by meditating.They have very unique appearance with specific yellow paintings on their bodies.

6. Boudhanath : Boudhanath lies 8 kms East from Kathmandu Valley.It was built by the Licchavi Kings in the 5th century. It is one of the ancient stupa and is regarded as the world’s largest stupa. It has been built on a stepped octagonal base and inset with alcoves representing Buddha and his teachings. Boudhanath is surrounded by various temples or Gompas.

The temple is surrounded by sculptures and arts related to Lord Vishnu. Also, we can find the temples of Lord Shiva, Ashta Matrika, Chhinnamasta, Kileshwor and Krishna inside the courtyard of the main temple.

8. Lumbini : Lumbini the birthplace of the founder of Buddhism, Lord Buddha is located in the Southern Terai plains and is 300 km Southeast of Kathmandu. It has been regarded as a sacred place for the people who follow buddhism because it is the birthplace of Lord Buddha.Lumbini bears not only historical and religious significance but also cultural significance. Lumbini Garden, Maya Devi Temple, Tara Foundation, World Peace Pagoda, China Temple, Thai Monastery, Burmese (Myanmar) Temple, Nepal Buddha Temple and Dharmaswami Buddhist monastery are the major attractions of Lumbini. There is a museum and a research center for Buddhism. It is also considered an ideal birding destination as it houses variety of rare bird species.

9. Chitwan National Park : Chitwan National Park lies in the inner Terai Belt of Chitwan. It stretches across an area of 932 sq.km.  It is the first national park of Nepal. It was enlisted in the list of World Heritage Site since 1984. It has been a shelter for many endangered and many Wild Animals and Bird. It has been a major attraction to tourist for Jungle Safari. Chitwan National Park has been a shelter for different endangered animals like: Bengal tiger, One Horned Rhinoceros etc. Different species of snake like King Cobra, Rock Python etc are also found there. The main attraction of this place is sauraha where the tourist can undergo thrilling jungle safari encountering with different species of Wild animals , Crocodiles and Birds.

As Nepal contains various Mountains, High Hills, High Altitude Lakes and various rivers. It has been a major destination for the tourist for Hiking and Trekking. There are various Trekking Destination in Nepal which provide the trekkers with thrilling experiences with beautiful nature view. Some of the major and most beautiful Trekking destinations of Nepal which are helping for the promotion of tourism are:

2. Annapurna Circuit Trek : Annapurna Circuit Trekking is one of the popular trek in the world that offers trekkers mountain viewing, culture and tradition of the local people and their living style in the village. Annapurna circuit trek is mostly visited trekking routes by the tourist who arrives in Nepal due to its natural and cultural variation and beauties found in this region. Annapurna region trekking will take trekkers through mountain ranges, passing through beautiful landscapes and valleys, inspiring sceneries of sunset and sunrise.

The entire circuit area is protected by the first and largest conservation area Annapurna Conservation Area; a home to several world class trekkers.

The region has been a good shelter to different animals, pheasants, Himalayan honey bee, leopards, etc. It decorates the region with beautiful national flower Rhododendron. People from different community and their great hospitality is another attraction of this region. Annapurna circuit trek is suitable for all kinds of trekkers and easily accessible throughout the season.

3. Ghorepani Poonhill Trek : Poon hill is also known as the 'Ghorepani Poonhill' which is short and easy trekking route of Nepal. Poonhill is famous for sunrise and sunset over the Dhaulagiri Range along with South Annapurna Range. The Trek starts from Nayapul and ends in Pokhara which will last for five days, that includes the Ghandruk village on the way returning from Poonhill.

This trekking is for those who want to have trekking in Nepal but have short travel time. You can enjoy the culture of the Magar and Gurung community of the people with their great hospitality and unique culture and tradition.

5. Mardi Himal Trek : Mardi Himal trekking is consider as the youngest trekking route which is least climbed and visited. Mardi Himal trek offers the trekkers a distinctive experience of splendid mountains views. Mardi himal trek is the short trek in eastern Annapurna region which offers culture and tradition of the Gurung community of Nepal.

6. Gosainkunda Trekking : Gosaikunda trek in Nepal, known for its spectacular and breathtaking scenic beauty is one of the best trekking destinations. Commonly known as frozen lake, Gosaikunda is one of the religious places of Nepal and is also a sacred place for shamans. Beside of its religious importance, trekkers visit here because of the beauty and adventure it serves at the height of 4380m. Without any doubt Gosaikunda trek offers perfectly placed terraced slopes, settlement of different ethnic groups, rare wild animals and diverse range of flora and fauna. It is believe that Gosaikunda lake is created by the Lord Shiva after swallowing the poison to cool his stinging throat.

As Nepal contains various mountains which are one of the most beautiful natural wealth of Nepal it has been conducting various tourism activities regarding the Mountains like trekking, Mountain climbing etc. Among the top 10 highest peaks of the world Nepal has 8 of them within its territory.

The mountains which are below 5000 m are: 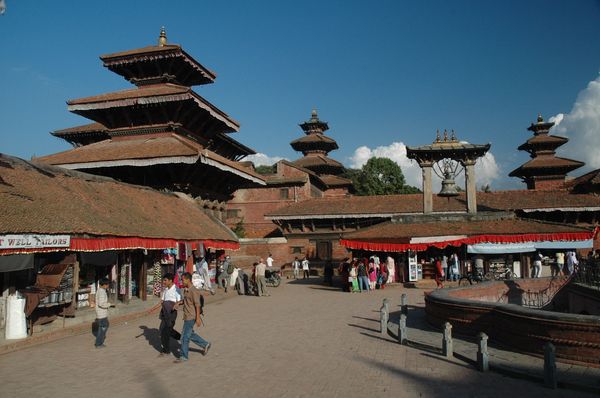 The Himalayan Kingdom, Nepal, is a land of charismatic landscape and cultural diversity and attracts a large number of tourists from around the world, year after year. If you are planning your next 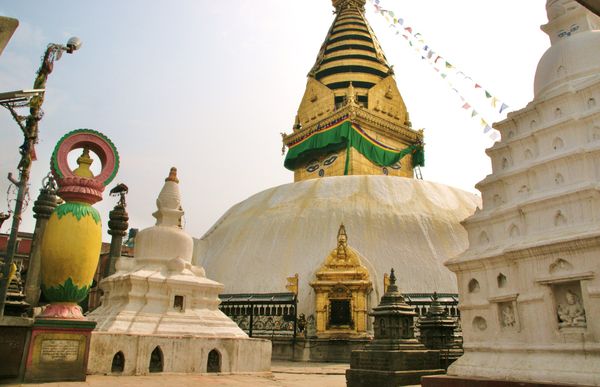