Everyone was super excited and counting days to welcome the New Year 2019. My students (I call them my Travel and Tourism Squad) and I were planning to say unforgettable goodbye to 2018. So, we finalized the Ghandruk tour. Personally, the first time to Ghandruk, and I was pretty excited about the trip.

Ghandruk is a mountain village at the altitude of 2012m above the sea level in the Himalayan region of Nepal and famous for a short trek. It is also popular as Stone village and Gurung Village, where one can have an excellent opportunity to explore the inhabitants' cultures and traditions.

Finally, the day arrived, and it was 21 Dec 2018. With lots of enthusiasm and excitement, we departed from our college, Janakalyan Higher Secondary(Mahankal, Kathmandu), early in the morning. Our English Teacher, Mr. Arjun Bhusal, and Nima Lakpa Sherpa Dai from Kasthamandup Holidays joined us. Prakash Dai(Guruji) played Kusume Rumal as the first song on the bus, and everybody gave the chorus. Personally, it's a favorite of all time.
Singing along the way, we reached Dhading. It was our first break for lunch, enjoying the fresh air of the Trishuli river. The buffet lunch tasted fine, and chowmein with rice was top of all. Half an hour break after lunch gave us time to click some photos.

Back to the bus and everyone was sleepy. Soon, everyone on the bus was sleeping except our Nima Dai. Moving on the flow, suddenly, a rocking number waked me up(Well, I didn't remember that song right now). It was time to Antakshri(singing game), and the environment became melodious with Cajon and guitar rhythm. The evening was following us. We reached to Nayapul after 7 hrs drive from Kathmandu.

Our plan was a short hike of about 4 hrs from Nayapul to Ghandruk. Due to our late arrival at Nayapul, we decided to move forward on our bus. The off-road and dusty road, the landscapes were challenging and adventurous. I enjoyed the view of the beautiful jungle and the Modi river flowing at the left side of us, but I didn't expect it would be exhilarating.

Suddenly, the canyoning spot at Birethanti took our attention. We expected to have some photos, but we had no time for it. So, promising to meet it back, we said bye to the Birethanti waterfall. Crossing Syaulibazar and moving upwards was already dark, and we hardly saw the things around. We were only staring at the road in front of the headlight of the bus. We reached Kimche and got off from the bus with our luggage and started hiking uphill to Ghandruk village.
The darkness was following us. I noticed nothing except the uphill roads in the dark. Struggling and climbing, we finally reached the stones pavement of the village. And we were like, "Wow, Ghandruk is here.". Still, our place for an overnight stay was yet to reach.

Walking through the stone pavements and houses, we finally reached our destination for the day. It was the Meshroom Guest House. Showing us our rooms, Chakra Dai (the owner of the guest house) handed us the room keys. Everyone went to their rooms according to the group and occupancy of the room for refreshment.

It was beyond 8 pm and already late for dinner. We rushed to the dining room upstairs. As soon as the helper brother served us the Thakali Thali(food plate), we all attacked the food as we were super hungry after a long trip. Guess! How was the dish? You can't imagine how much I loved the food in Ghandruk. It was very simple and delicious Thakali Thali . Ghundruk Pickle with Bhatmas(Black soyabean) was the best of all. Some of us added 3 plates, Thali. Now, imagine how delicious it was.

Our dinner was over, and the night was going darker. The weather was cold, and breeze whispered our ears and heads. Now, it was time for the campfire.So, Chakra Dai brought some figs, logs, and woods and lightened the fire. The campfire gave us warmth in the cold breeze as we all made a circle around it. With a pleasant environment, the night went musical with beautiful songs like "Resham Firiri" and many more. While singing and dancing around the campfire, we were excited to see many other foreigners joining us. It was an enjoyable moment.

The flames of the fires slowly went down, and the warmth was going off. Throughout the trip, we all were tired, and we realized that it was time to say 'Goodnight".I was talking with Anamika, and I didn't even realize when I fell asleep.

The morning was waiting for us to wake up. The early morning was so bright and refreshing.The spectacular close view of Annapurna sunrise was breathtaking. For the first time, I was witnessing Ghandruk, and I found it so pristine and fresh. From the dining room upstairs, Meshroom guest house offers a great view of Ghandruk village and the beautiful Himalayas. Soon, after breakfast, we headed out of the lodge for the village tour.

Ghandruk is famous as Gurung village and is culturally rich in Gurung culture. It is believed that every house in Ghandruk is a museum in itself with the local customs and traditions. Entering the Old Gurung Museum, we got to see many local crafts weapons, tools, religious items, and dress inside the museum paying entrance fees. Most of the house has traditional architecture with beautiful white stones. The stone's house looks so classical and attractive. People often call Ghandruk as Stone Village.Now, we can see modern building as well.

The exciting thing in Ghandruk is we can dress up in traditional Gurung attire with beautiful ornaments. You will look stunning in a traditional dress. So, during your visit to Ghandruk, try it once. It cost a small fee, and they will provide you. We tried it for Rs.100 per person. I had never imagined that we would look so beautiful. Look at us at Gurung Traditional attires. Aren't we looking fabulous?

Having numerous clicks at the Old Gurung Museum with the traditional looks, it was time to move on. Walking through the stone pavements and passing the houses, we continued walking following Nima Lakpa Dai, our tour guide. Hiking up and downs, some were walking fast and some on slow speed. The clear stone steps gave smooth looks to almost all houses of Ghandruk.

The mesmerizing views of Annapurna South, Hiunchuli and Machhapuchre peaks are still in my eyes. The sights were so perfect. I got to see the Himalayas so bright for the first time in my life, and I felt I could touch it. We kept on clicking the photos.

Our hiking continued up to a hill of tea-garden. Reaching up to the tea-garden, I remembered my hometown, Ilam. The area was beautiful and refreshed, and the shots at the tea garden are more attractive.Most of the students had not seen the tea-garden in their real before. So, they were all enjoying the place.

Taking the clicks of the beautiful landscapes, stunning views of the Himalayas, and the fair settlement of Ghandruk, we captured lots of golden memories of the hiking. I wanted more to spend more time, but time was running up, and it's time to return to the lodge. After having lunch, we just spend about an hour sharing our experiences and with the locals there. We also tasted the local oranges that we bought from the local vendors. The local people were so friendly and co-operating—so humble and cheerful people.

I was unwilling, but the time came when we had to say, "Goodbye to Ghandruk."Promising back to come next time, we moved down to our bus following the downhill. We didn't see the route before in the dark. The way was dusty condition, off-road and steep for those who were not used to such roads. Anamika lost her balance and fell as she is not used to such away.Driving back, as our promise before, we stopped at Birethanti and spent some time in the waterfall.The Birethanti waterfall was thin due to less water during the season. The waterfall of Birethanti is very famous for canyoning.

The trip to Ghandruk was an exciting insight into the villagers' lives and livelihoods and the Gurung culture. The local cuisine, the unique culture of the Gurungs, the beautiful landscapes with the spectacular views of the majestic mountains are the major attractions of Ghandruk. One can even have horse-riding experiences. If you are interested in short hiking to Ghandruk, you can do that from Nayapul; it takes about 4-5 hours. Jeep and bus are available to reach Ghandruk easily. Adventure lovers can go for long trekking via Ghandruk.
There is a saying- "Difficult paths often lead to a beautiful destination." The up and downhill, stone pavements, the off-road roads brought us to the picturesque, perfect, and beautiful village, Ghandruk.

Have you been there? If not, I suggest you be there at least once in your lifetime. You will love it. 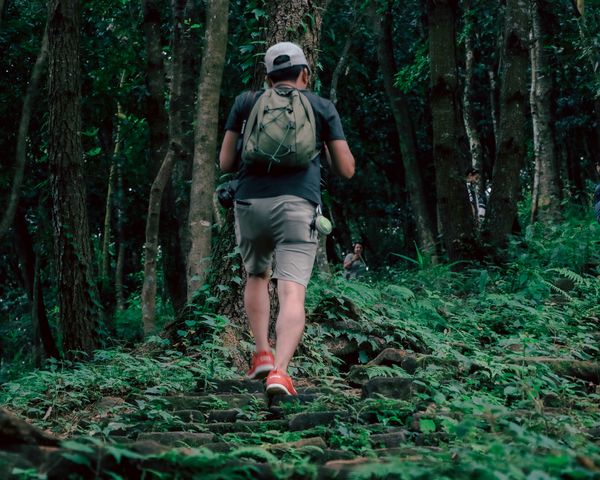 Hiking is generally walking with an energy usually on trails in the countryside. These days, most people are going on a hike to spend some of their time outdoors. It 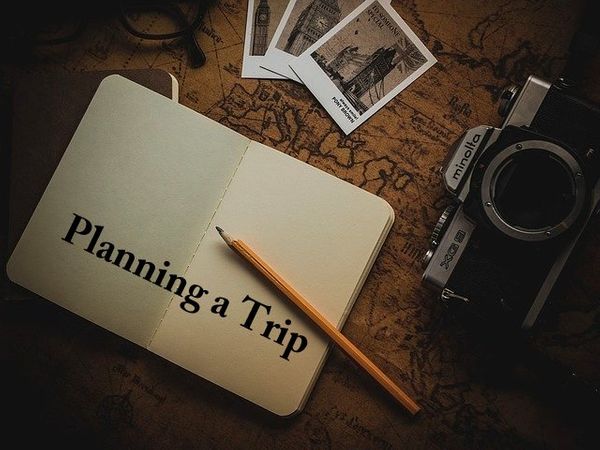 Everyone has a desire to travel the world and are excited about their next trip. Trip planning is a daunting task. So, getting confused and disorganized is common while planning