Vasant Panchami or Saraswati Pooja? Whatever you say?

Some say Vasant Panchami well some call the day Saraswati Pooja. Whatever you say, the day is the auspicious day dedicated to goddess Saraswati.

Vasant comes from the word “spring”and Panchami means the “fifth day” which means this festival falls on the fifth day of spring.It is also known as Shree Panchami as this festival marks the beginning of spring season.It is  a Hindu festival dedicated to goddess Saraswati, the goddess of  knowledge, intelligence, creativity music and art and also the symbol of wisdom, enlightenment and serenity. The goddess devi Saraswati is worshipped all over the country by the people of Hindu community as well as Sikh,Muslims and other deities in some parts of the world.

According to the Hindu  calendar it is celebrated every year on the Panchami of the Magh month, which is between the Months of January or February according to  Gregorian Calendar.This festival marks the end of winter season. Vasant Panchami is a auspicious day to worship the goddess Saraswati, who is a part of Trinity, one among the Tridevi (Parwati, Laxmi and Saraswati).This festival brings the invitation of Holi, which takes place forty days later.

SIGNIFICANCE OF GODDESS AND VASANT PANCHAMI

From the mythology period of Saraswati purana, it is said  Saraswati is the  daughter of the three headed lord Brahma (Trinity)  who is the creator of this universe .After the creation of the universe, Brahma  noticed something lacking in the concept.To help with this monumental task  Brahma decided to create the embodiment of knowledge. Soon, Saraswati, goddess of knowledge and wisdom emerged on this earth from his mouth who  gave the  right direction to maintain order in the cosmos, the sun, the moon and the stars. The origins of the emergence of the oceans occurred and the season changed.Brahma then named Saraswati regarded as a goddess of speech and sound. She is a four - handed  goddess, wearing spotless white saree and seated on a white lotus flower a symbol of purity. Her bahaan (vehicle) is a white swan. She holds the veena ( a plucked string instrument ),a book and a garland in her hands.The four arms of Goddess Saraswati represents the four aspects of human personality recognized to be as intellect, mind, alertness and ego. Alternatively, these four arms also represent the 4 vedas, the primary sacred books for Hindus.The vedas represent 3 forms of literature: poetry - the Rig Veda contains hymns, representing poetry prose - Yajur veda contains prose music - Samaveda represents music.

Saraswati signifies a great role in Hindu religion and also recognized  as a sacred river ,Saraswati river in Asia.The Saraswati river illustrates the regular flowing. According to Hindu tradition, it is believed that she has created a Sanskrit language of Hinduism, even taught God Ganesha ( Elephant headed god ) to use a pen and write.
According to mythology connected with poet, Kalidas. Kalidas was found foolish after the marriage with the beautiful princess , due to which he  was kicked-off by his wife. Kalidas went to commit suicide, in the river, Saraswati appeared and asked him to dip in the water. Soon after this, Kalidas became wise and started writing poetry. Therefore,Vasant Panchami is the day to  venerate Goddess Saraswati, the goddess of education and learning.

WHAT DO PEOPLE DO DURING VASANT PANCHAMI?

i. Worshipping Goddess Saraswati
I found this day as students’ favorite day in the school and college time.Students worship goddess Saraswati  with great respect by offering varieties of sweets, flower garlands and tika, worship books, pens notebook on this day.If you are unaware how to worship, then you can take some idea : Take the shower. Light the oil lamps, incense sticks in front of the picture or idols(whatever you have) of Goddess Saraswati  reciting the Saraswati mantra with pure heart with the joined palm and closed eyes.The prasad is offered after the pooja is finished and distributed among the family and friends.

This tradition is also called Vidya arambha  meaning  the starting phase of vidya (learning something).
She is also known as the goddess of learning and music.Mainly on this day, children are taught to write their first word according to Hindu culture.It is believed that the goddess of education, Saraswati will help their children perform exceptionally well in future.

iii. Wear yellow clothes and attires, take blessings from goddess Saraswati
During this day, devotees get up early in the morning and worship the sun god and  after taking a bath wear yellow clothes and welcome goddess Saraswati with the decoration on with fresh flowers.
On the occasion  of Saraswati puja, women wear yellow saree or accessories,  known to be a colour of spirituality.People offer yellow flowers to goddess and put a yellow turmeric tilak on their forehead.

iv. Purchase new clothes and preparation of fresh dishes
The colour yellow is Basant which personifies peace, prosperity, and  optimism. Yellow colour denotes the harvest time of mustard crop having yellow blooms. This is Saraswati's favourite colour. So, yellow attire clothes are worn on this festival.The  New clothes are purchased for this festival and many varieties of yellow colour dishes  are prepared like khichuri, mixed vegetables, to mark the beginning of spring.

iv. Visit holy Temples
People visit temples and worshipped goddess saraswati as well as other deities. Basant Panchami is also regarded to be the birthday of goddess Saraswati.

v. Kite-flying and children asking donation on the road
Kite flying is generally associated with various festivals celebrating freedom and enjoyment.We can also see students  enjoying this day by flying the kites and enjoying the moments.Small children on the way using their ropes blocking the way of the riders and walkers and asking some donations is a part of enjoyment which is the best funny experience one does in his/her lifetime.I did in my childhood times?Did you?I still enjoy those sights on this day.

vi. Enjoy the day taking part in procession
People worship this goddess during Puravankara, which is the time between sunrise and midday. This is followed by all the age groups of Hinduism enjoying together and the next day people take part in a procession. When they immerse the idol in the river, and bid her farewell.

VASANT PANCHAMI IS THE DAY OFFERING OR VENERATION TO THE GODDESS SARASWATI, THE SYMBOL OF WISDOM AND PROSPERITY,THE REMARK FOR THE NEW SPRING IN THE LIFE AND WEATHER.

So, if you are searching for an auspicious day for starting something new then, Vasant Panchami is the best day for you.

Challenge name: Boo Goal! Category: Crypto Challenge Description: Now, Lets Download the file decryptME.txt Opening the file, we can see some co-ordinates Since, we got co-ordinates lets search for 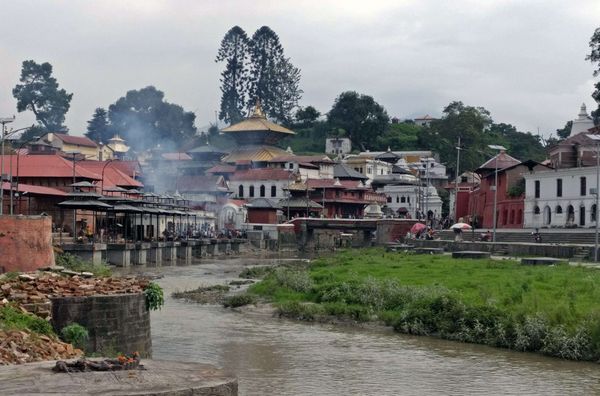 Kathmandu is capital of Nepal which is at center point and is the largest metropolis in Hilly-Himalayan region of Nepal. There is more than 3 million population in Kathmandu who